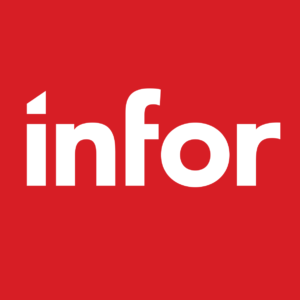 Infor is taking a new approach to managing many of its IBM i-based ERP systems and supporting the customers that rely on them to run their businesses. Called Compass, the new group is tasked with revitalizing Infor’s relationships with IBM i customers by catering to their unique needs, according to the company.

Infor created the Compass group about 10 months ago, soon after Koch Industries finished its acquisition of the company, according to Stewart Applbaum, the executive vice president and general manager of Infor Compass, who took over Compass about a month after it was created.

“We realized that we have a lot of customers that maybe don’t fit certain industries or certain regions, and we ended up formulating a group called Compass with the mission of helping our clients find the right pathway forward,” Applbaum told IT Jungle.

Infor maintains three macro-level product groups for discrete manufacturing, process manufacturing, and services. With each of those groups, the company previously had 30-something verticals that serviced very specific industries and regions. This micro-vertical approach had been the cornerstone of its strategy to compete against ERP giants like Oracle and SAP, which offer different industry configurations but not different ERP packages.

But that micro-vertical approach is going away. Applbaum said Infor has reduced the number of microverticals to six as a company. Outside of those six, there are also the half dozen or so ERP products that have been moved into Compass. That includes Infor’s three main IBM i products — ERP LX, ERP XA, and ERP System 21 — as well as SunSystems, a banking package; and Aneal, an IBM i-based human resources package developed specifically for the French temporary worker market.

“It’s not just IBM i. It’s a combination of what I would say are our legacy customer platforms, including IBM i. But it’s also some that are very unique to regions,” Applbaum said. “So we’ve moved those kinds of organizations to Compass.”

Compass overall represents about a $1-billion group, Applbaum said. Around 2,000 Infor employees (15 percent of the total employee count) have been assigned to the group, providing everything from support and development to delivery and management, he said.

“The whole focus around why we have this type of organization is there’s a large set of clients that are meaningful, who’ve invested heavily with us and how do we continue to service those clients as best we can for the longest period of time,” Applbaum said. “What we’re trying to do is create a much faster time to value. We’re trying to create a much less hectic challenge in terms of upgrading and moving to the next-generation platforms. And we can’t do that in every micro vertical.”

Infor is still pushing the next-generation cloud-based platforms as the preferred destination for many of its customers. For example, it would like many of its process manufacturing customers who have grown a bit long in the tooth on the XA (formerly MAPICS) system to upgrade to Infor LN (formerly Baan) running on AWS.

But is it’s not pushing those cloud migrations on IBM i customers as hard as it once did, which is a recent development that can also seen in the company’s recent decision to offer a hybrid deployment option for M3 instead of pushing all IBM i-based M3 customers to move to an X86 version of M3 running in the cloud (see “Infor CM3 to Provide On-Prem Alternative to Cloudy M3”).

Stewart Applbaum is an executive vice president with Infor and the general manager of the Infor Compass unit.

“So you take that same System i client and instead of just saying ‘Hey, you got to move to the cloud to get support from Infor,’ we said, ‘Hey, you know what, when it’s time, let’s get you to that LN cloud. But in the meantime, there’s a lot of different options. Whether it’s taking advantage of the updates and the changes we’ve made in XA to support you, let’s take the opportunity to move into the System i or IBM i cloud. Maybe you want to take a step into the cloud, but you’re not ready to exchange your platform at this point, so maybe we do that for five years and then you can think about moving into the LN.’ But it’s a choice for the client that gives them a little bit more leverage.”

According to Applbaum, Georgia-Pacific and Molex, which are subsidiaries of Koch Industries, both launched their own Compass-style business units. A decision was made internally not to brand Compass, Applbaum said, so it doesn’t show up in Web searches, but it is definitely there.

While Compass isn’t specifically an IBM i business unit, it’s not too far away from that, either.

“If you go back several years, we did have a System i business,” said Applbaum, who works out of the company’s Atlanta, Georgia office. “That kind of went away for a period of time. It kind of got absorbed into what we would call the larger Infor footprint. What we’re doing is we’re pulling it back out because we realized that we hadn’t been providing that level of focus and support that we felt was necessary for the long term.”

Infor’s customers are glad that Infor has suddenly learned how to spell IBM i again, according to Applbaum, who worked with the platform at Agilysys (the one that develops the lodging management system, not Agilisys, which was one of the corporate precursors to Infor).

“The feedback we’re getting is that we kind of feel like you forgot about us for a while,” Applbaum said. “And now all of a sudden, you’ve got resources calling into us, talking about how we can help specific to the IBM i, how do we help you get to the latest release of your particular product, how do we help you with extending that with some other solutions. Versus what was in the past was, hey, how do we move you to one of these other products. So that that has been tremendous.”

The cloud talk isn’t completely going away. Infor has a long-term partnership in place with Abacus Solutions for an IBM i cloud. In fact, Infor and Abacus — which was recently acquired by Fresche Solutions — are close to opening a new data center in Europe to host Infor ERP customers running on IBM i.

But clearly, from the perspective of IBM i customers, there is a massive difference between being asked to leave a familiar ERP system running on a Power System box and redeploy your business on a completely different ERP system running on an X86 server in the AWS cloud, and simply moving your production LPARs to a Power server running in a partner’s data center. 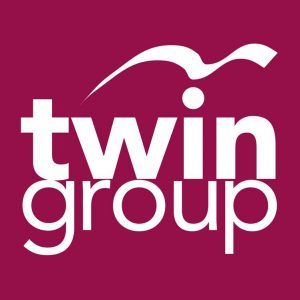